Religious Leaders have been at the forefront of championing peace in Kenya. They have been involved in various activities including community dialogues, town hall conversations and even using congregational platforms to call for peace and cohesion. Mr Rolex Mwamba, IRCK Peace and Governance Manager held a conversation with Marsabit Interfaith Council vice chair, Sheikh Mohamed Nurr on his role as a peace champion in Marsabit County.

Who is Sheikh Mohamed Nurr?

I work as the Imam at Jamia mosque and serve as the Vice-chair of the Marsabit Interfaith Council (MIC). I have been a founding member, from 2005 until today.

MIC is one of the earliest organizations in interfaith that began in Kenya. Briefly explain to us how you came together as senior Religious Leaders, what brought you together; the goal you initially had when forming this interfaith group.

What initially brought us together was the idea of how separate religious groups were working; the Christians were working on their own and so were the Muslims, Hindus and others. However, after the wars and differences happening within the Marsabit communities such as the Turbi Massacre, and the plane crash that killed our MPs, this formed our turnaround. We had an idea and we were called by Cafod Organisation with the purpose of bringing all religious groups together as one family.

We were told that there was a need for Religious Leaders to step up in the midst of all this chaos to voice their opinions and help the people of Marsabit. We were offered training at the Catholic Pastoral Center and also outside Marsabit in other places like Nairobi and Nanyuki. They equally urged us to be proactive and not wait for help to come first in order to work. Having been birthed, they advised us to start off with small steps to help our people. We agreed and embraced the initiative thus the goal of our group. It was however difficult for Religious Leaders to work together. Despite the challenges, we managed to pull through and now all churches are under one umbrella working as one while embracing that our faiths are different but our people are ours.

What is it that you are doing differently that enables you to respond to issues rapidly without any direct support that usually comes later finding you already in action?

As Interfaith Council, we have never found any donors or office space. However, Caritas a Catholic organization offers support whenever we need to hold meetings or make a visit. In addition, our institutions of worship contribute to helping both the community and us. In other instances, each one of us makes a contribution towards tea and fuel to get us somewhere. However, up to now, we haven’t had a proposal in writing to seek for funds from any organization. We are the captains of this council and this is our joy; receiving funds could probably bring problems thus we decided to forge ahead and others will join us along the way.

Sheikh, you have been together for almost 17years, what is that thing(s) you will say have dealt with as an interfaith council that has been successful or of greater impact to the community?

Firstly, we are grateful to God that our people now believe in God and work together for Him. We have collaborated together as God’s people with the government and have coordinated with them very well. From the local administration to the President, our relations have seen some of us receive awards from the President this year (2022) because of our great work and coordination.

The government has listened to and accepted us as well. The people have embraced our work; Christians have accepted the Bible and Muslims the Quran. This has resulted in interactions amongst different tribes even in warring areas. We are allowed anywhere as council leaders in all the parts of the region, at any time, even in areas where there is curfew enforcement. We are even allowed to join the police during their operations.

It is a directive from the Ministry of Interior (MoICNG) to join them weekly, exchange updates on the problems in the community, and collaborate with each other. Even the politicians, we approach and highlight areas where they are going wrong and correct them. We have been well accepted and even the media grants interfaith council free coverage in cases where we hold press briefings. This has helped us work very well. We have been used as election monitors/observations for many years successfully.

Marsabit has had a history of violence, in accordance with you, what are the root causes of all this chaos and violence and as a peace ambassador/ champion, what are the interventions moving forward?

To begin with, the reason for the on-and-off violence cases all the time is because of bad politics, politics based on tribal lines which don’t bring about any development but killings. Secondly is land issues, the failure of the government to put administrative boundaries and clearly tell the people about their sub-county boundaries. More so, there is an issue with grazing lands because some areas lack pasture and thus move to other regions hence bringing about problems. There is pasture in one area and water in another therefore people are in conflict over that.

Another thing that brings about conflict is a big circle of revenge where our people have died somewhere, there is no forgiveness without the pursuit of revenge. Those are the great causes of violence here in Marsabit; politics, boundaries and revenge.

As a Religious Leader and a champion of peace in this county, what message can you give our politicians and the residents of Marsabit County?

Leadership comes from God. We don’t know about tomorrow but God does. The one who will succeed will serve every resident of Marsabit. The resources of Marsabit are for all of us. Those living in Marsabit are our people therefore do not oppress them. Accept the outcome of the results and if at all you are unsatisfied with anything, go to court. The courts are open to everyone from the High court to the Supreme Court, you can go there instead of causing chaos. Those who voted for you suffer after voting. To the people of Marsabit, elections are like a football game. The game is 90 minutes, there is a winner and a loser. Therefore, let’s accept a win or lose; and the winner, he is for all of Marsabit county. They will serve every person, and tribe in fairness according to Kenyan law. Hence let’s stay peaceful, run peaceful campaigns and elections and let the outcome also be peaceful.

As interfaith, what is your dream in 5years to come and what plans do you have to help forge ahead as a group because you have faced challenges? In addition, when you turn 20 in 2025, what are the plans you have to maintain unity and have one voice since are you the voice of those who are voiceless?

My plans are for the people of faith, those of different religious backgrounds to stand together more and more. To articulate not only our issues but our people’s issues especially those who are vulnerable in order to ensure Marsabit is peaceful and also achieves a long-lasting development. We have already have a good road network that is highly praised across the world, have good land, animals and enough resources that God Himself has given us.

As interfaith, what is your dream in 5years to come and what plans do you have to help forge ahead as a group because you have faced challenges? In addition, when you turn 20 in 2025, what are the plans you have to maintain unity and have one voice since are you the voice of those who are voiceless?

My plans are for the people of faith, those of different religious backgrounds to stand together more and more. To articulate not only our issues but our people’s issues especially those who are vulnerable in order to ensure Marsabit is peaceful and also achieves a long-lasting development. We have already have a good road network that is highly praised across the world, have good land, animals and enough resources that God Himself has given us.

People should forget tribalism and various types of conflict. Let us educate our children, compete in the education and development sector, and live in unity.

Interfaith, let us be stable even as we leave office, let those coming after we enhance unity. Let’s talk about the good and the bad of our people. Let’s be the voice of the vulnerable so that we can save Marsabit and make it successful worldwide.

I would like to thank the Marsabit Inter-Faith Council for standing together without any support or donor. We have stood on our own let us keep it up.  Finally, I would like to thank the Inter-Religious Council of Kenya for always remembering us in every step and involving us in their different programs.
Previous IRCK 2020 – 2024 STRATEGIC PLAN Next Religious Leaders Across the Country urge their Congregants and Devotees to take the COVID-19 Vaccine 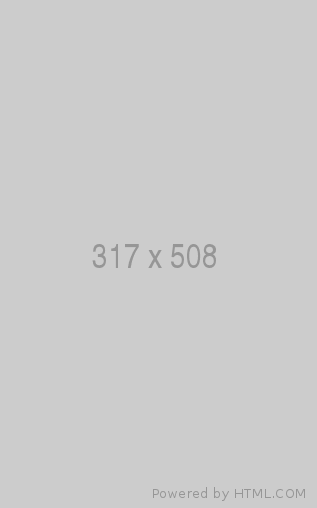 The latest IRCK news, articles, and resources, sent straight to your inbox every month.